Ratonhnhaké:ton, also known by the adopted name of Connor Kenway, was a Native American Assassin of the Kanien'keha:ka tribe during the American Revolutionary War. He was an ancestor of Desmond Miles. He appears in the latest Assassin's Creed game, Assassin's Creed III.

"I WILL DO ANYTHING FOR MY PEOPLE"

Connor is the son of Haytham Kenway and Kaniehti:io. On young age his mother was killed by the Templars that were led by his father. Connor became an assassin on older age under the training of Achilles. He strives for the freedom of his people.

THE LEGACY OF CONNOR

Connor arrived at the mansion of Archilles and sits down next to him on the stairs. Archilles then tells about an unknown army called SOLDIER that is taking control around here. He then orders Connor to head out and find the leader of SOLDIER to kill him.

Reason: Connor arrives on the rival stage and encounters Cloud. He walks up to Cloud and asks if he is part of SOLDIER. Cloud then says that that information doesn't concers him, Connor then asks if he at least could tell the name of the leader of SOLDIER. Cloud refuses so Connor comments that he has to do it on the hard way then.

Connection: Both Cloud Strife and Connor Kenway have had experience with the military and are trained warriors. Both characters have had one of their loved ones die. For an example, Cloud Strife's love interest, Aerith, was murdered by Sephiroth, while Connor's mother was killed by George Washington and the British Army.

Connor returns to the mansion of Archilles and says he defeated the only SOLDIER he could find around in this place. He said he had to travel very far to find him but he acomplished his task. Archilles then says that all the other SOLDIERS have disappeared out of town just before Connor had left, so he found it weird that Connor still could find a SOLDIER.

Connor fights like a Master Assassin and uses hand-on-hand combat but also uses many of his weapons that he has equipped. Connor is able to wield several different weapons – including a tomahawk, bow, flintlock pistols, rifle, rope darts, and Hidden Blades.

The default appearance of Connor.

This outfit was originally worn by Ratonhnhaké:ton before his initiation into the Assassin Order.

The Captain of the Aquila outfit was a captain's uniform worn by Ratonhnhaké:ton. 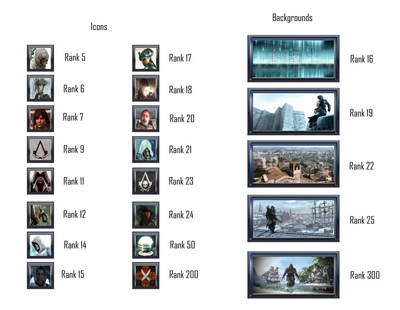 Captain of the Aquila
Add a photo to this gallery
Retrieved from "https://playstationallstarsfanfictionroyale.fandom.com/wiki/Connor_Kenway?oldid=12683"
Community content is available under CC-BY-SA unless otherwise noted.